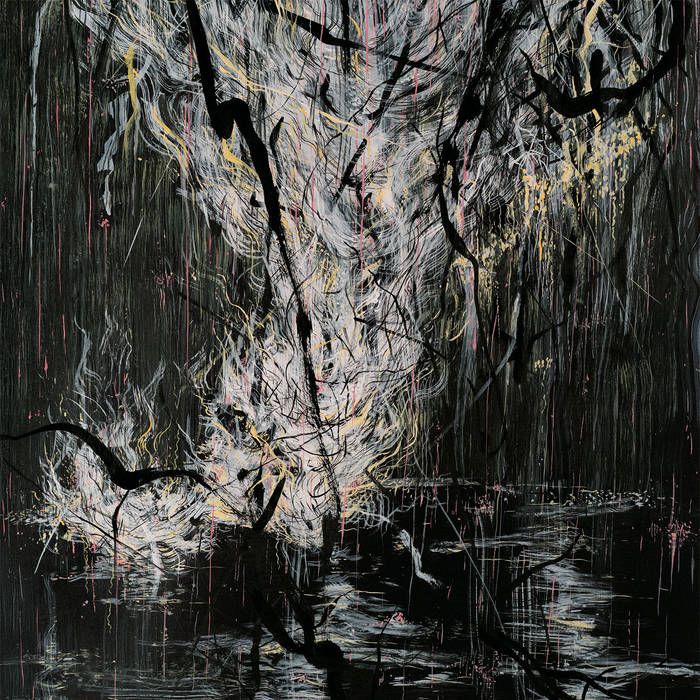 RickBurnss Marvelous piece of art to show the aspect of how love can be so warm but also so cold during the darkness that we face constantly. Favorite track: The Task.

bcb723 After listening to this album in full, you really have to take a deep breath, exhale and thank whatever God you believe in that Aaron Turner walks the Earth. Favorite track: Arcing Silver.

altered_course Aaron Turner ditched the limited vision of Isis to create boundless music with SUMAC and I thank him for it. Favorite track: Arcing Silver.
more...

Love is what makes us human. It guides our decisions, shapes our worldview, and defines our experiences. Its absence equates to tragedy while its presence gives our lives meaning. “Love has been well worn theme throughout a lot of rock music, but most commonly in terms of love-lost, overly romanticized versions of new love, or as a veil for sexual conquest,” says SUMAC guitarist and vocalist Aaron Turner (Old Man Gloom, Mamiffer, ISIS). “It is rarely addressed in its more spiritual and vulnerable aspects.” Those less-traversed territories of humankind’s connective bond became the central theme SUMAC’s third full-length album, Love In Shadow, though their explorations of that motif are a far cry from traditional manifestations of love in the realm of art. Across four protracted songs, Turner and his cohorts—Nick Yacyshyn (Baptists, Erosion) on drums and Brian Cook (Russian Circles) on bass—interlace and mangle sounds from their instruments in a sonic homage to both the innate warmth of human magnetism and the cold realities of corrupted love—jealousy, obsession, perversion, addiction.

Listeners who followed the Northwest trio down the tangled briar of mathematical riffs and hypnotic battery on The Deal or through the unfettered eruptions and methodical dissonance of What One Becomes are aware that SUMAC eschews the conventional balladry typically associated with odes to our spiritual connectedness. Saccharine sweetness or fatalistic tales of unrequited affection are nowhere to be found on Love In Shadow. Over the album’s hour-plus length, the band employs minimal tools to achieve a maximum overview of visceral passions. Yet while popular music puts an emphasis on conveying moods through well-tread tropes, cultural signifiers, and deeply ingrained associations between tempo, texture, melody and their respective emotional resonance, SUMAC approach their music with the tactile immediacy of abstract expressionists. The beauty is not in the content, but in the form.

Love In Shadow comes crashing out of the gate with "The Task." SUMAC wastes no time churning out the meticulous bombardment of knotty riffage and dexterous drumming that drew cerebral metalheads to their early records, but at the moment when most bands would wrap up their song, the band pushes forward and the razor sharp delivery and dense polyrhythmic weave of instrumentation begins to crumble. Turner’s signature bellow escalates into a primal howl. Everything falls apart, and suddenly we’re left alone with a warped melody played on a broken guitar. The band locks back into a lurching, megalith groove, and then retreats into a tense, minimalist palm-muted rhythmic pattern while a fragmented stream-of-conscious guitar line slithers across the open space. The entire song, and indeed the entire record, grapples with a duality of intricately composed arrangements juxtaposed against unbridled improvisations.

The freeform abstractions of Love In Shadow were hinted at on early songs like “Hollow King” and “Image of Control”, but SUMAC’s recent collaborations with esteemed Japanese artist Keiji Haino pushed the band completely into the realm of spontaneous composition. “Incorporating a lot of free and open space within the borders of our songs has been an ongoing goal for us,” Turner says. “While all of this material was written before our recording session with Haino, that experience further bolstered our confidence to travel further into territories free of preconceived structure and melody. Immediacy, intuition, and risk have become an increasingly important aspect of our music making.” Whether it’s the protracted guitar solos underpinned by a malleable rhythm section on “Attis’ Blade”, the woozy drones of bending guitar strings and feedback on “Arcing Silver”, or the intermissions of distorted amplifier groans and Eastern guitar trills on “Ecstasy of Unbecoming”, these adventurous sojourns add a new dimension to SUMAC’s ongoing explorations of dynamics. The polarized approaches of calculated composition and untethered expression now reside with fluctuations between space and density, complexity and brute force, and shrill noise and rumbling thunder in the trio’s arsenal of contrasts. Kurt Ballou recorded the album live with the goal of minimal overdubs or fixes over five days at Robert Lang Studios in Shoreline, WA. The result is an album that sounds more alive and human than the common computer grid-built mechanically perfect metal record.

“Since many of the surface level aspects of our being are often used as divisive tools to separate and alienate us from one another, the intent with Love In Shadow is to reveal that all humans desire and need to be loved and accepted for who they are, for just being,” Turner says in closing. “The album also serves to highlight what some of the repercussions are for love that is scorned, suppressed or socially discouraged—we lash out against one another, our love turns to fear, we disparage ourselves, we try to fulfill the need for love through unhealthy means—and on a more destructive level, those in positions of power are compelled to annihilate and oppress others.” Love can be beautiful. Love can be ugly. But at its core, it’s alive, unpredictable, and volatile. On Love In Shadow, SUMAC captures that passion in the most primal and unfettered manner possible.

SUMAC is the powerhouse trio of Aaron Turner (Isis, Old Man Gloom,Mamiffer), Nick Yacyshyn (Baptists), and Brian Cook (Russian Circles, These Arms Are Snakes). SUMAC invests in the recursive exercises of chaos and control, and the results are a testament to the tour-honed collective intuition and technical skills of these veteran players. ... more

Bandcamp Daily  your guide to the world of Bandcamp

outré black metal, with a Victory Over the Sun interview and music from Liturgy and Jute Gyte.